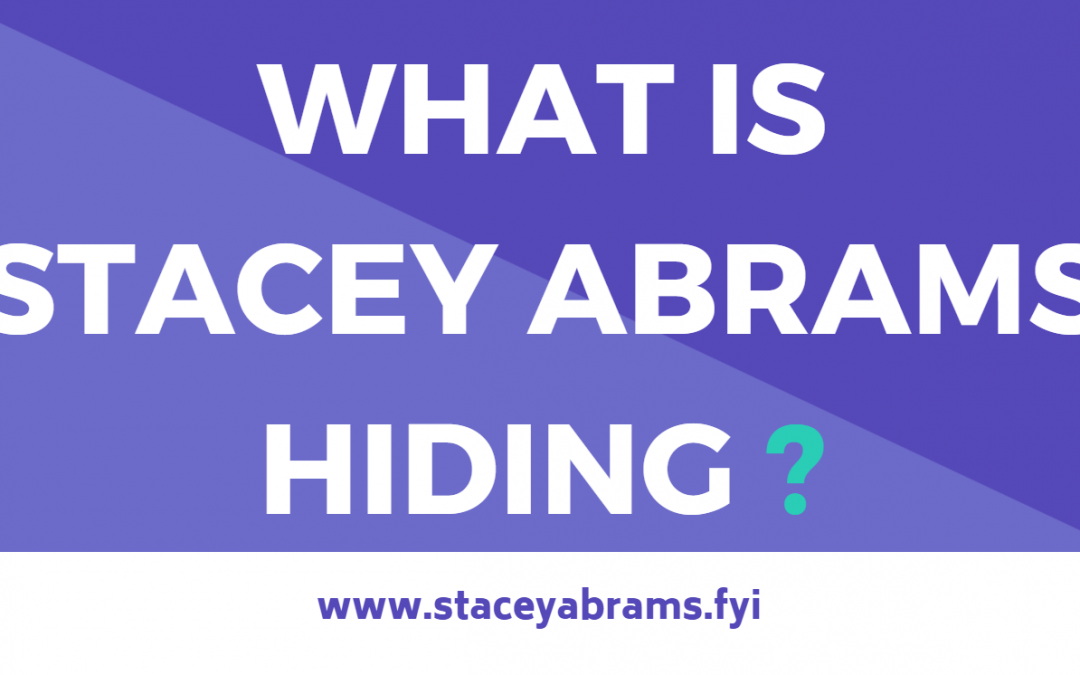 Calls for release of tax returns to clear up multiple ethical, financial concerns

(Atlanta, GA) – In choosing Stacey Abrams as their party’s gubernatorial candidate, Georgia Democrats have nominated the most extreme, far-left statewide nominee in their party’s history. Not only would Abrams’ job-killing policies reverse years of progress for Georgia families, but her long list of ethical issues raises serious concerns about her ability to uphold the trust of the public.

Since Stacey Abrams was first elected to the Georgia House of Representatives, she has amended every single personal financial disclosure she has ever filed, except for a recent filing in 2016. Abrams can amend her 2016 disclosure at any time – including after an election for Georgia’s Governor who will oversee a combined budget (state and federal) of over $51 billion.

Given her poor track record of filing accurate and timely financial information, the Georgia Republican Party calls on Stacey Abrams to immediately release ten years of her tax returns and payment history, covering her entire time in the state legislature, as well as any relevant tax documents from companies or projects she has been associated with during that time.

“I’ve tried to make sense of her personal and professional finances, and my head is spinning,” states Georgia Republican Party Chairman John Watson. “The only way for voters to get clarity on a growing list of ethical issues concerning her finances is to see her tax returns and payment history for her entire tenure in the state legislature. There should be no “forgetting” or “misfiling” with the IRS.”

If you have any questions about Stacey Abrams’ trouble with taxes, please contact Carmen Foskey Bergman at carmen@gagop.org.

Under normal circumstances, we’d recommend you contact Stacey Abrams’ campaign directly, but after repeated misfilings and no tax returns for reference, the Georgia Republican Party will gladly help fill in the gaps.