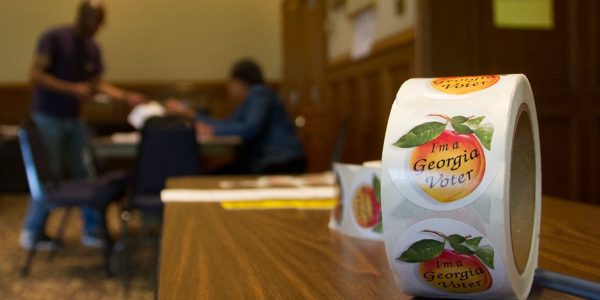 ATLANTA – Georgia Democrats are up in arms about a proposal to close down polling precincts in Randolph County, but they clearly forgot the county is run by a Democratic majority County Commission. Additionally, a Democrat on the local board of elections will ultimately decide the fate of the consultant’s proposal.

Three out of the five County Commissioners are known Democrats, and one of the remaining two elections officers is a Democrat who most recently voted in the 2018 Democratic Primary.

The Georgia Republican Party opposes the plan to close two-thirds of polling locations in Randolph County.

In response, the Georgia Republican Party issued the following statement:

“Thanks to Brian Kemp, it’s never been easier to vote in Georgia. Clearly, Democrats want to use voters to score political points – and then blame the crises on Republicans.”