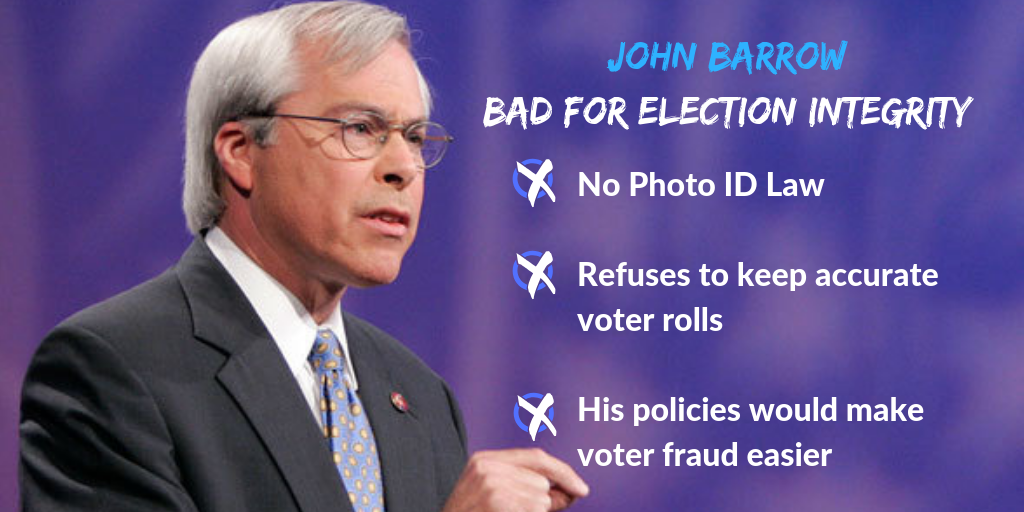 The Democrat candidate for Secretary of State, John Barrow, has pledged to do away with voter ID laws and will fight to keep ineligible voters on the rolls.

We have seen what happens in states with Democratic Secretaries of State, and Barrow would be no different.

More disturbing news from California: Hundreds of dead people were found registered to to vote in Los Angeles County. 17 of these deceased voters cast ballots.

This is what “Count Every Vote” means to Democrats: to undermine our voter security measures so that ineligible voters undermine the votes of law-abiding citizens.

The Democratic Party lost the Governor’s race and now have the sole goal of electing at least one Democrat to a constitutional office.

If they succeed, election laws in Georgia will change and the guarantee of free and fair voting processes will be a thing of the past.

Mark your calendar for December 4, 2018. Make a plan to vote for Brad Raffensperger and Chuck Eaton, and call your friends to let them know that there are still Republicans who need our help.