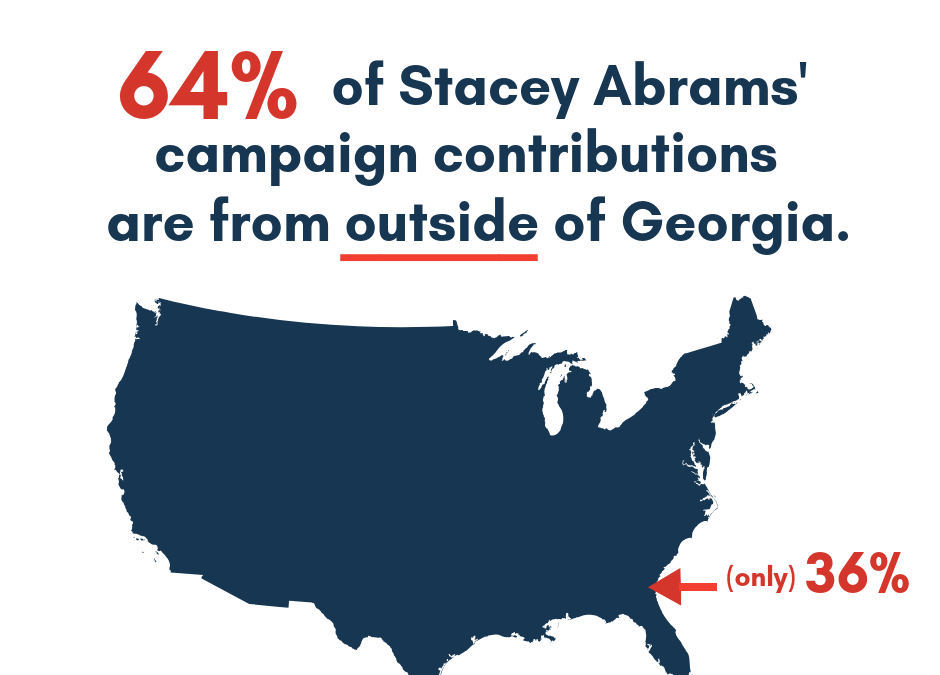 ATLANTA – Friday, October 5, Stacey Abrams released her quarterly report, disclosing 64% of her donors were from outside the state of Georgia. Not only did Brian Kemp out-raise Abrams by more than a million dollars, 95% of his campaign contributions were from Georgia donors.
–
“She needs a lot of extreme left wing money for commercials to convince Georgia voters she’s not an extreme leftist candidate,” said John Watson, Chairman for the Georgia Republican Party. “She must think we are really simple-minded.”
–
The results of this critical fundraising deadline reveal two clear choices for Georgia’s Governor: A national Democrat whose out-of-touch, extremist policies mirror the interests of her out-of-state donors; or a Republican businessman whose principles and beliefs resonate overwhelmingly with Georgia voters.
–
For questions or comments, contact Shannon Basford at shannon@gagop.org or 904-608-7757.