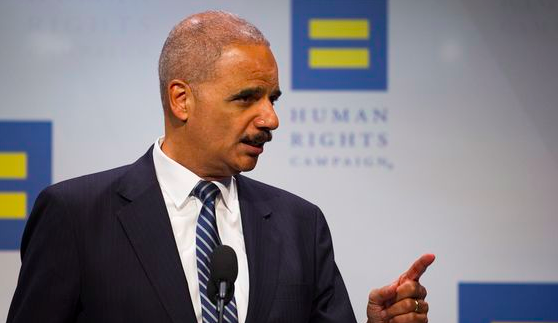 ATLANTA – At a campaign rally on Sunday afternoon, Former United States Attorney General Eric Holder – ironically the country’s former chief law enforcement officer – suggested that Democrats “kick” those that they are opposing.
.
Campaigning for Gubernatorial candidate Stacey Abrams and hosted by Attorney General candidate Charlie Bailey, Eric Holder put his own spin on Michelle Obama’s call for civility: “When they go low, we go high.” Instead Holder said: “When they go low, we kick them.” His remarks were followed by chants of “Fight, fight, fight, fight!”
.
At a time when Democrat protesters are literally storming the United States Supreme Court, it is pathetic that Eric Holder would use such obviously inflammatory language.
.
“Where is Stacey Abrams’ denouncement of violence and incivility in politics?” said John Watson, Chairman for the Georgia Republican Party. “A majority of Georgians hold political beliefs fundamentally different than those of Holder – and Abrams. Will she protect ALL Georgians, or kick them out of her way as she clamors to join the growing club of unhinged national Democrats?”
.
Watch the full video of Holder’s comments here.
For questions or comments, contact Shannon Basford at shannon@gagop.org or 904-608-7757.