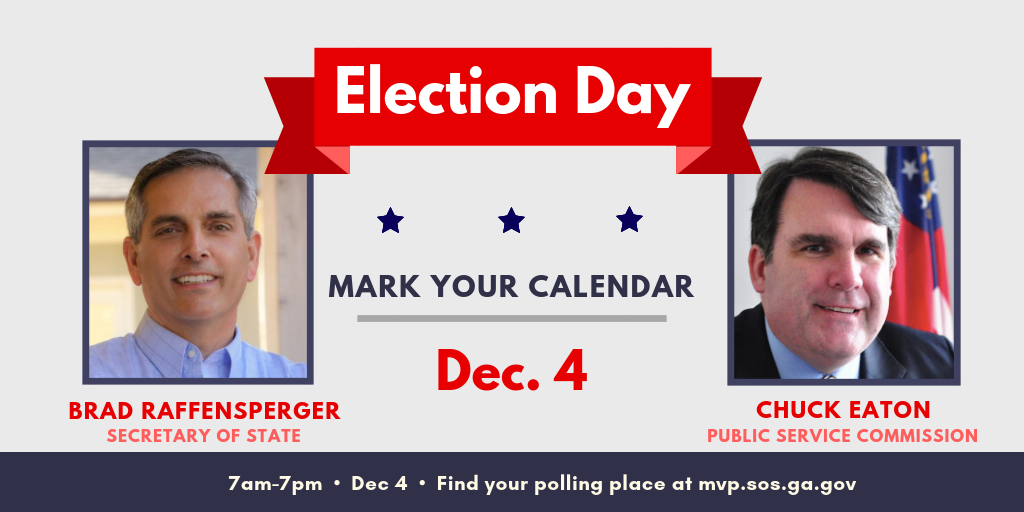 ATLANTA – While the Democrats continue to fight a losing battle, the Georgia Republicans are fresh from a once-again confirmed victory in the Governor’s race, and continue to focus on the actual runoff elections in the Secretary of State and Public Service Commissioner races.
.
Chairman John Watson laid bare the Democrats plan to use attacks on an election process that resulted in zero statewide wins as a turnout mechanism for the real runoff in three short weeks.
.
The Democrats have shown they will stop at nothing to bend and end-run Georgia Election laws meant to protect the integrity of our democracy. Georgia Republicans encourage each voter to choose Brad Raffensperger and Chuck Eaton when they go back to the polls in 19 days.
.
“Georgia Democrats failed to win the Governor’s office and so desperately want a slippery liberal installed as the Secretary of State. With Democrat hands on the election process, they want to turn Georgia into another Broward County, Florida or old-school corrupt Chicago political machine and it is up to Georgians to stop them.”
.
“Despite democratic yelling and over-the-top daily press conferences, it is clear that Georgia elections are open, fair and turnout was massive on all sides.  Republicans need to go to the polls December 4 to ensure that it stays that way so we don’t go the way of forged ballots and hanging chads that define elections in corrupt, liberal bastions.”